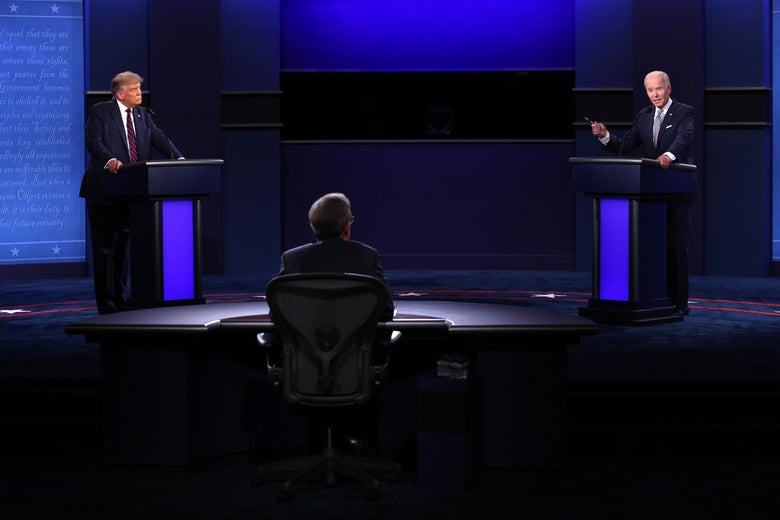 September 29, 2020 was the first presidential debate of this year. The debate aired at 7:00 MDT. This year, the two presidential candidates broke the tradition of shaking hands before this debate, due to the Coronavirus. Chris Wallace was the host of the September debate between the two candidates. The issues that were discussed in 15 minute segments were Trump and Biden’s records, the Supreme Court, Coronavirus pandemic, race protests and violence in cities, election integrity, and the economy. During the debate, questions were asked by Wallace. Each candidate was granted a two minute period of talking, uninterrupted. Although these were the terms that each party agreed on, both candidates frequently interrupted the other during this two minute period. After the two minute period was over, it was time for open discussion. During the open discussion, it was very hard for either of the candidates to get a word in, as they kept talking over each other. This was how it went for most of the debate, so it was difficult for the people to understand what the candidates’ points about the issues were. Overall, the debate was mostly a mess of President Trump and former Vice President of the United States Joe Biden talking over each other. Hopefully the later debates have a better system so we can get more information out of the debates.